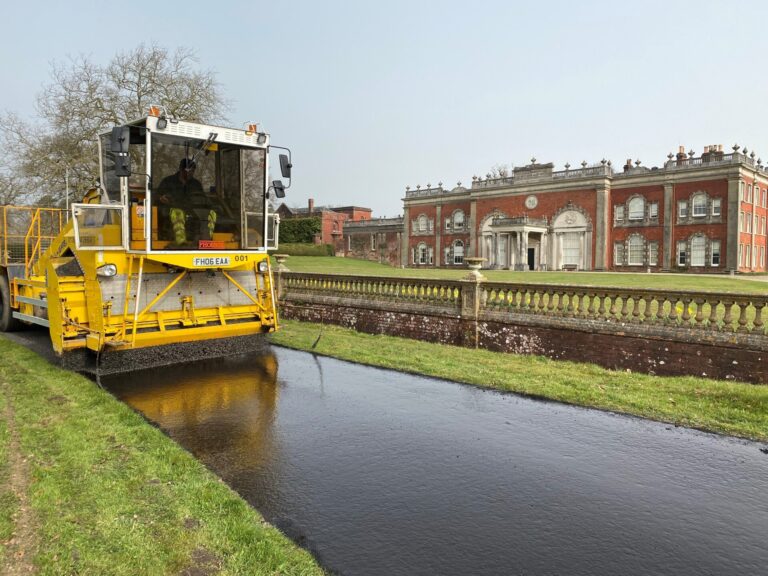 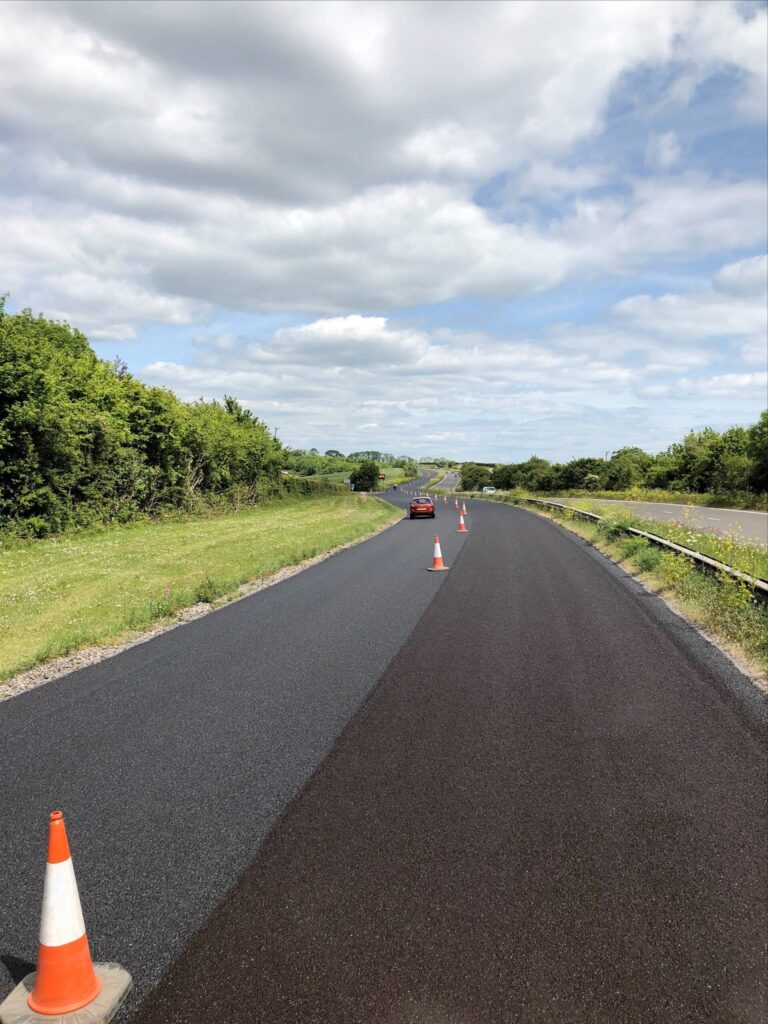 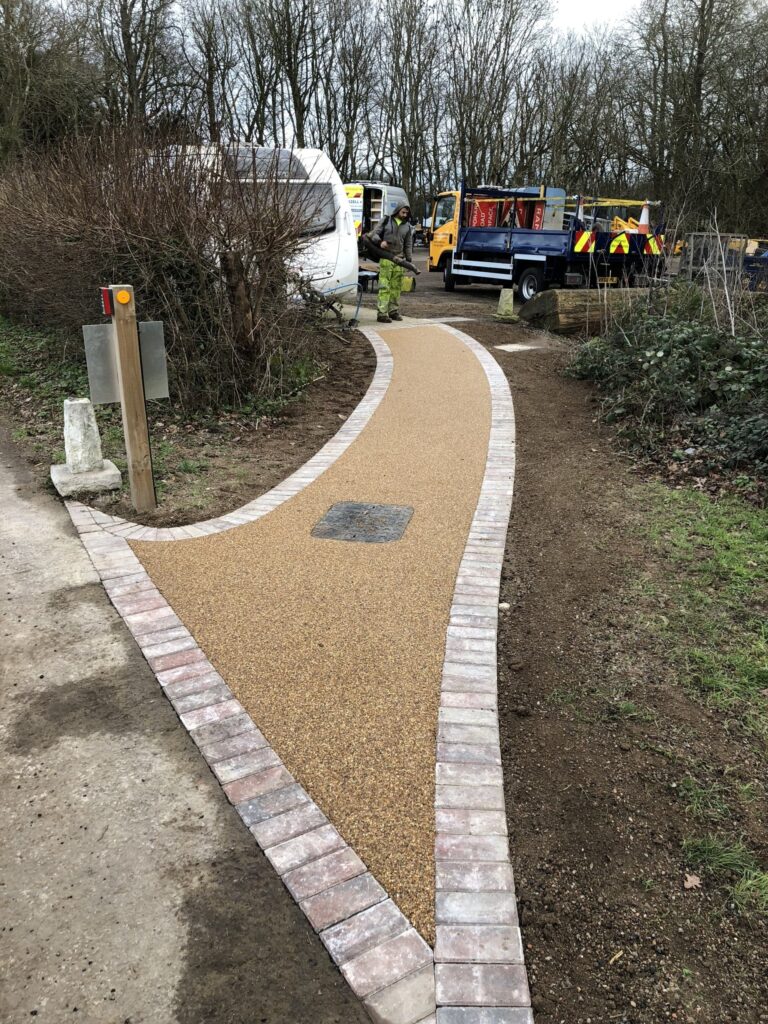 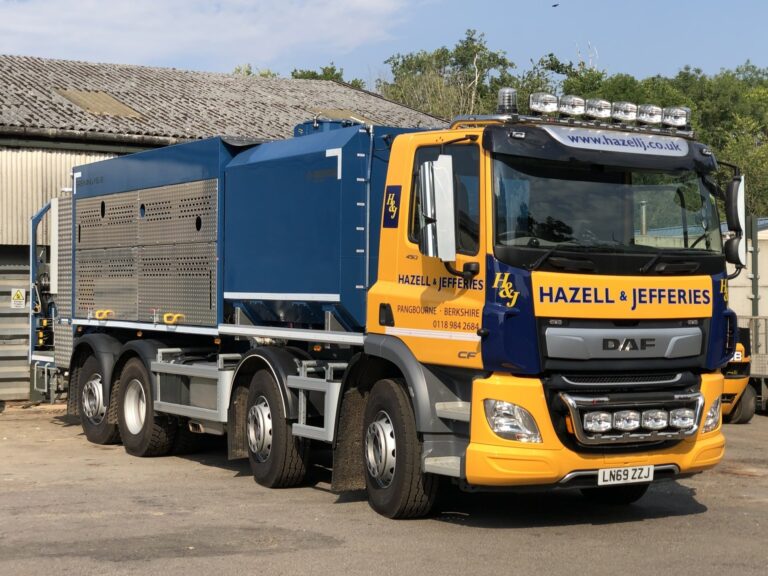 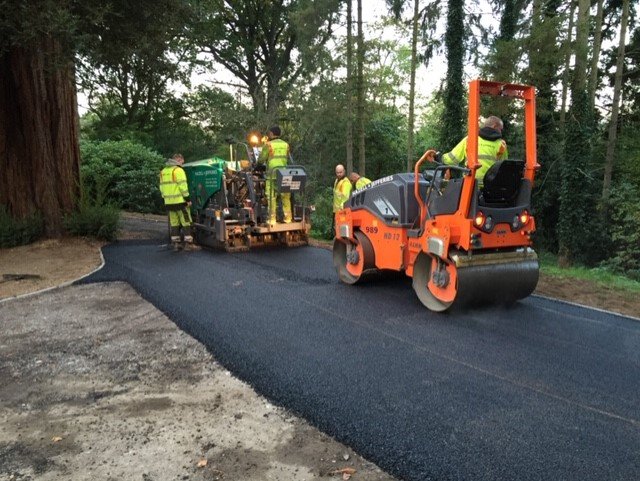 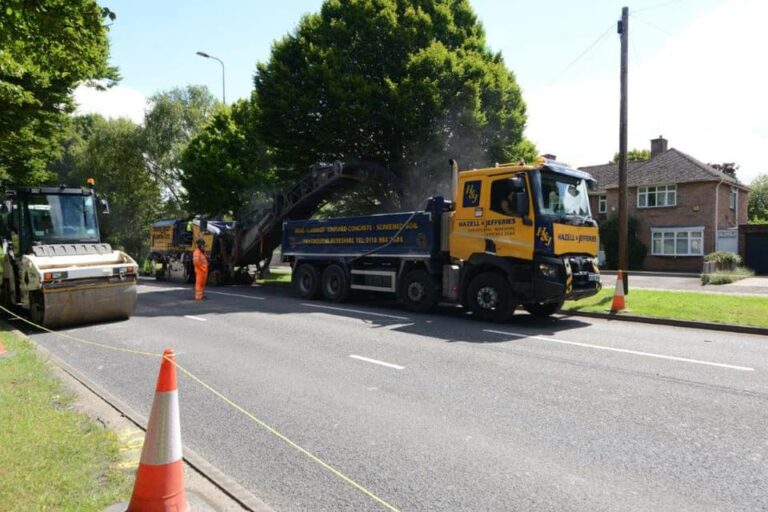 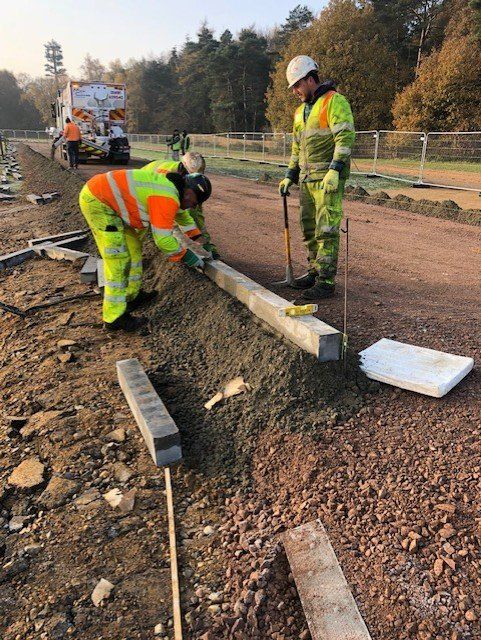 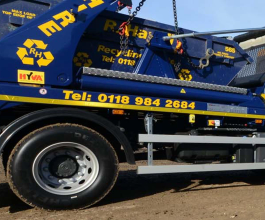 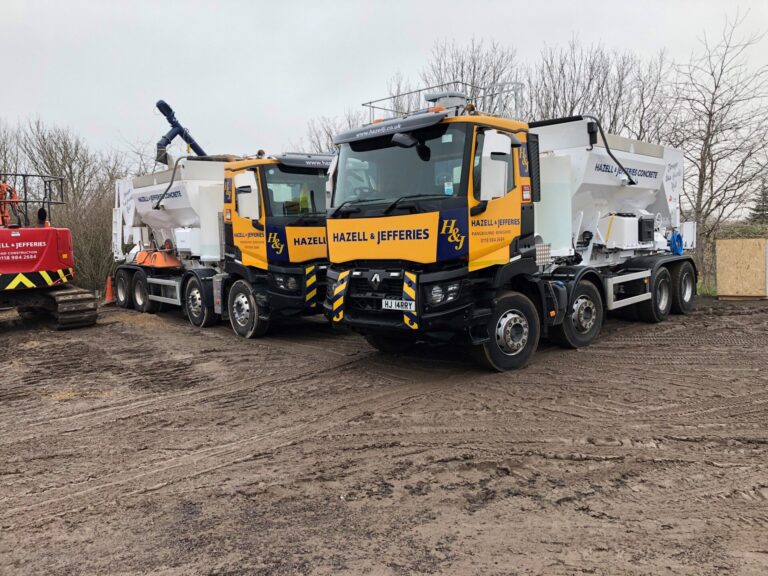 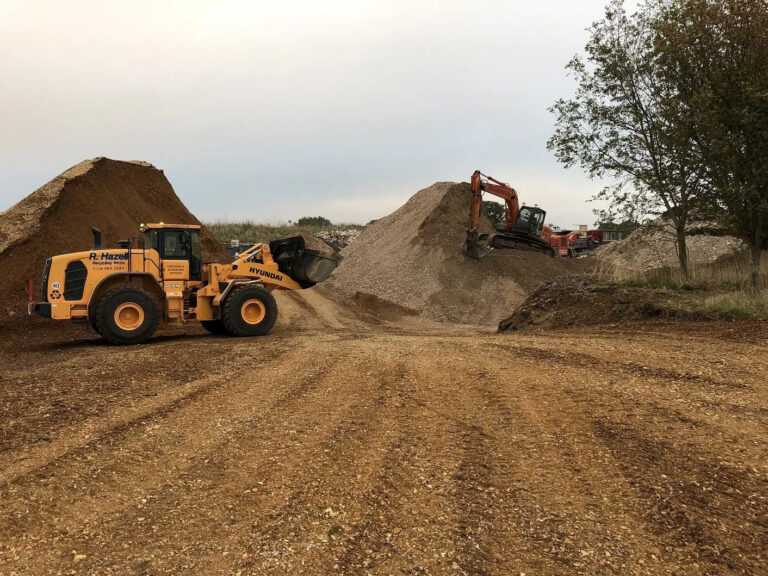 Home Blog The invention of tarmac

The invention of tarmac 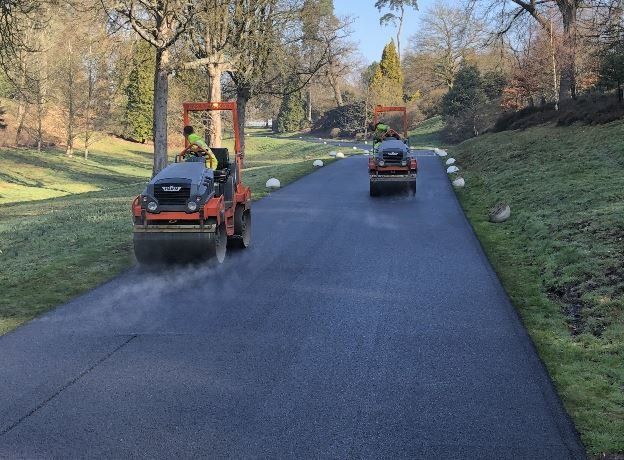 Although smooth ‘tarmac’ roads are something we take for granted in our everyday lives, prior to this the dusty, gravel roads used previously were suitable for horses and pedestrians, but were becoming outdated for the emerging transport of the day like the motorcar.

Nottinghamshire county surveyor Edgar Hooley was walking in Denby, Derbyshire one day when he noticed a smooth stretch of road close to an ironworks.

The locals informed him that a barrel of tar had spilt on the road and someone had poured waste slag from the nearby furnaces to cover over the mess. Hooley noticed this unintentional method had solidified the road and there was no rutting or dust as was a problem with gravel roads. By 1902 Hooley had patented the road surfacing process, which involved heating tar, adding slag and broken stones to form a smooth road surface.

This combination of Hooley’s newfound tar method with John Mcadam’s original surfacing method called “macadamising” (adding a layer of crushed gravel to the road) saw the creation of tarmacadam, which would later become known as Tarmac.

He began transforming road surfaces in Nottingham and the surrounding areas, and five miles of Nottingham’s Radcliffe Road became the first tarmac road in the world.

Modern asphalt methods have since replaced Tarmac, with tarless asphalt mixtures now a widely used method for roads and runways (but is still commonly referred to as tarmac).

Asphalt is one of the most important infrastructure methods of the modern world, allowing quick and easy access for both people and vital equipment across the world that would otherwise not have been possible.

Whether it’s for commercial or domestic use, we can provide affordable and efficient asphalt surface solutions. We’ll plan the installation around your project, ensuring you have a reliable surface to work from. Get in touch with our experts today to learn more. 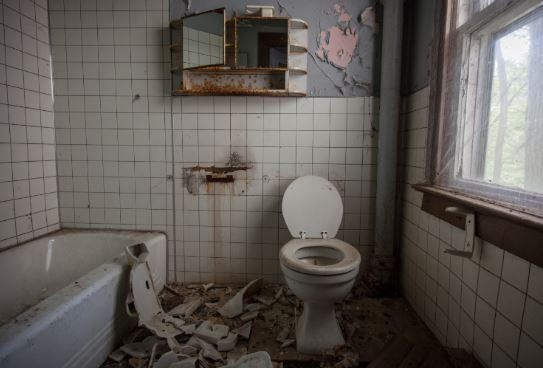 Tips to reduce the eco-footprint of your home renovation

Renovating your home is an exciting project. Whether you’re simply re-doing your kitchen or you’re going the full mile and doing up your entire house, giving your property a big makeover can be very rewarding. However, it’s no secret that home renovations do have an environmental impact on the planet. Below, we’ve put together our top tips to help ensure that your renovation is as eco-friendly as possible.
Read more 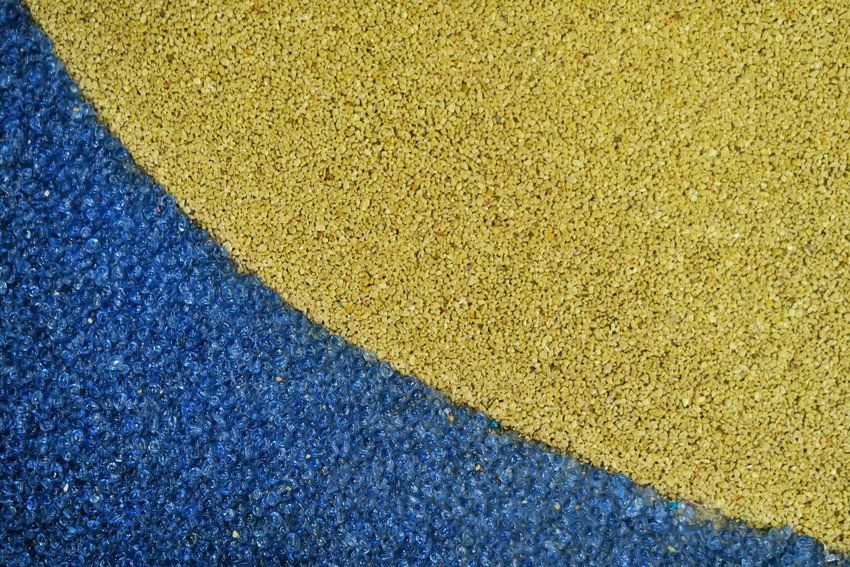 Resin-bound driveways are a mixture of aggregate stones and resin used to pave footpaths, driveways to provide a reliable hardstanding surface. Resin is a suitable driveway alternative, but why choose a resin bound driveway over other alternatives such as tarmac and block paving?
Read more
We use cookies on our website to give you the most relevant experience by remembering your preferences and repeat visits. By clicking “Accept All”, you consent to the use of ALL the cookies. However, you may visit "Cookie Settings" to provide a controlled consent.
Cookie SettingsAccept All
Manage consent

This website uses cookies to improve your experience while you navigate through the website. Out of these, the cookies that are categorized as necessary are stored on your browser as they are essential for the working of basic functionalities of the website. We also use third-party cookies that help us analyze and understand how you use this website. These cookies will be stored in your browser only with your consent. You also have the option to opt-out of these cookies. But opting out of some of these cookies may affect your browsing experience.
Necessary Always Enabled
Necessary cookies are absolutely essential for the website to function properly. These cookies ensure basic functionalities and security features of the website, anonymously.
Functional
Functional cookies help to perform certain functionalities like sharing the content of the website on social media platforms, collect feedbacks, and other third-party features.
Performance
Performance cookies are used to understand and analyze the key performance indexes of the website which helps in delivering a better user experience for the visitors.
Analytics
Analytical cookies are used to understand how visitors interact with the website. These cookies help provide information on metrics the number of visitors, bounce rate, traffic source, etc.
Advertisement
Advertisement cookies are used to provide visitors with relevant ads and marketing campaigns. These cookies track visitors across websites and collect information to provide customized ads.
Others
Other uncategorized cookies are those that are being analyzed and have not been classified into a category as yet.
SAVE & ACCEPT